A skull is the set of bones that make up the head of a vertebrate and keep in place all body parts in the head. It supports the structure of the face and forms a protective cavity  for the brain. In simple words skull is the skeleton of the persons or animals head.

A skull is one of the most powerful and oldest symbol to mankind, And that is the reason why it is not surprising that skull jewelry has evolved in to a popular fashion trend. Among these type of jewelries are Skull engagement rings, Gothic skull rings, Skull wedding rings.

For the last many years men has also embraced the trend unlike various other accessories skull jewelry supports a man’s masculinity, just like skull rings for men, Biker skull rings.

The reality is that people wear skull ring for completely different reasons. While some believe that wearing ring with skulls may help them obtain good luck and fortune, Other associate the skull with deeper meanings.

Most natural observation the person has when seeing the skull is death. The skull rings for many represents their relationship with death. It is a metaphor for the wearer’s perception of what the ring represents to them and how it is viewed by others.

In other words , they know it is unsettles many, And as such, It is a statement of the wearers view on death.

The symbol of skull jewelry is very popular from centuries. Inspired from them today’s motorcycle gang, gun clubs and other seemingly rebellious groups often wear skull jewelry to signify their membership.

Many men continue to use skull ring everyday along with other jewelry to prevent it from standing out or looking like a sore thumb. But fact is that it makes them feel confident and better about themselves. Although sometimes skull rings for man can be mistakenly associated with danger, this type of jewelry actually represents toughness and bravery.

From the ancient times, death is a cycle of life and rebirth. Egyptians, Inca, Aztecs and even middle ages Christianity, all refer to the  skull as a reference to the mortality of a man and the rebirth of life after death. When preparing for the ceremonies, Many member of these groups would use actual bones to pierce through region of the skin and to create attractive jewelry.

Some people celebrate their loved ones past lives by wearing skull jewelry, which can be testament to their belief in life after death. Accessories including ring with skull can also represent a celebration of a person’s own life or a representation of their rebirth or transformation.

Since there are many underlying meaning related to the skull, the fashion industry has emerged the trend whole heartedly. And if you do not need to associated with symbolism, skull rings look insanely cool. They represents freedom, individuality and the fact that you don’t adhere with the rules set by the society.

Many people who wear skull jewelry drawn to the fashion appeal of the products. Some men and women even purchase designer skull rings with gold, silver, gemstones or diamonds to flaunt their expensive taste.

So you can wear skull rings as a ritual way like symbolism and some belief or just as a fashion trend  because it looks really cool. And yes skull ring in 2018 are the most versatile pieces in the world and you will never find yourself short of reason to wear it.

Here are some amazing collection of skull rings : 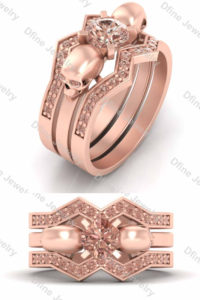 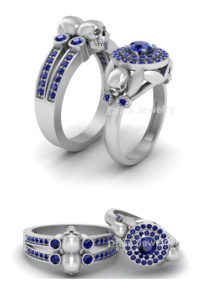 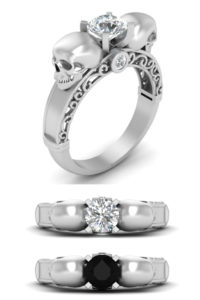 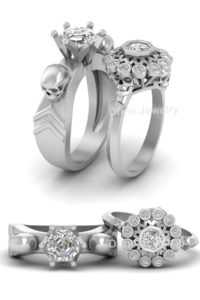 One thought on “Why We Wear Skull Rings | Checkout in details”